As of early June (hopefully June 10 or so) I will be exhibiting a few of my prints at Freundsaft. The show will be a mix of regular prints and prints on canvas (a first). I will also have some postcards printed – another first – which when they are finished will be available at Freundsaft and Buchhandlung Schwarz. I will also sell them through my website in packets of 10 in a little bit.

Looking at how much this exhibit cost, and since I have not raised the prices for my fine art prints (limited and numbered, available by emailing me) since 2008, I will also slightly raise my prices as of June 15, since costs of production have increased over the last few years. If you have been toying with the idea of purchasing a print of one of my images for a while, now would be a good time. Send me an email and I will have the image made and sent to you asap.

As a teaser, here are previews of the postcards I will have made (click on the images for larger size): 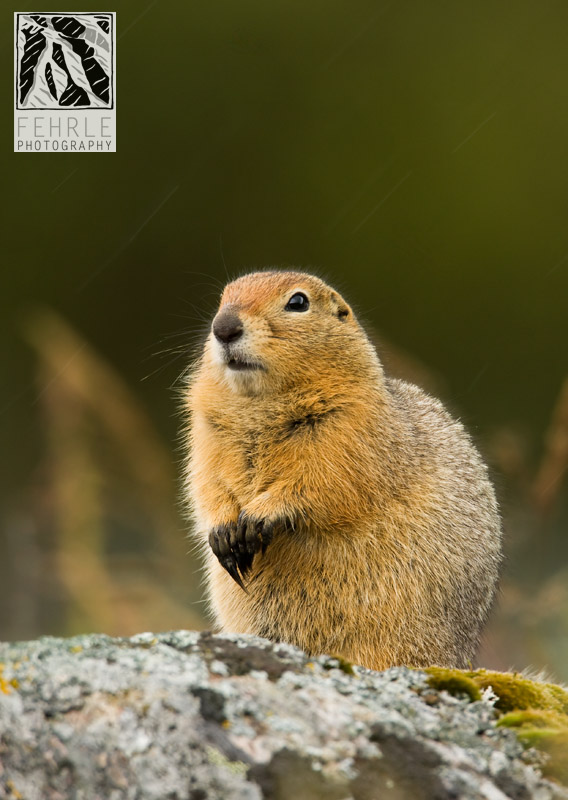 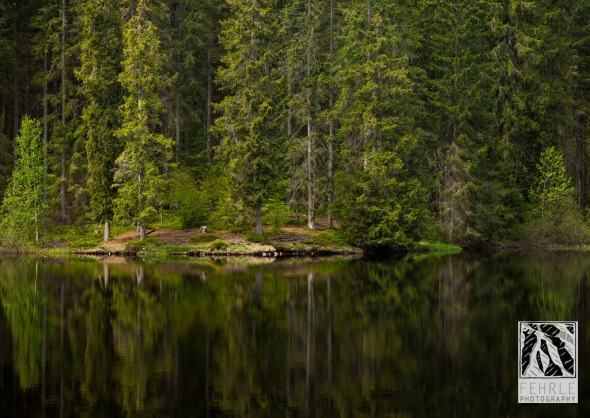 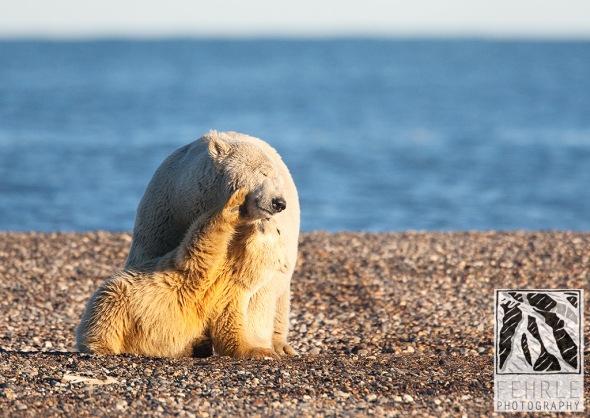 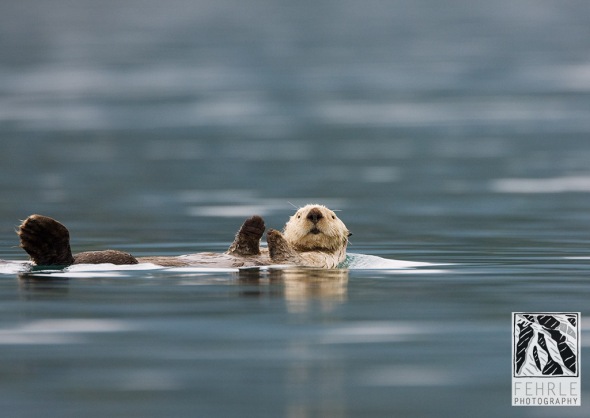 Just a quick last minute reminder that my exhibition “Alaska – The Last Frontier” in the James-F.-Byrne-Institut, Charlottenplatz 17 in Stuttgart will open tomorrow at 7 p.m. I am quite excited to see my images as large format prints and nicely framed on display again – the cellar’s just not a good place for them. I am also surprised to see that most of my top picks of 2009 are still among my favorites, although so far I took out three of my old images and will probably take out two more that I’m not quite happy with anymore. I will also add five new images. You can preview these below.
The decision about which ones to add was a tough one once again, I could easily have added another twenty – for one there are no porcupines among the images I have on display. As a small consolation to myself and maybe some of you, I will show most of the close contestants in the slide show for my opening talk tomorrow evening. I hope to see some of you in Stuttgart, but even if you miss the vernissage tomorrow, the images will be on display until September 21. This means that at least the Germans should have a chance to look at them.

PS: Looking through my images and additions again I have to say, I do love my bears.

Bears Fishing in the McNeil River. I like the combination of the sharp bears and the blurred water.

Footprint of a Coastal Brown Bear in Katmai National Park

A muskox bull on the North Slope along the Dalton Highway, Alaska.

A Brown Bear Sow with three cubs wanders over the mud flats of the McNeil inlet after sunset.

Earlier this month I had the opportunity to visit the Great Bear Rainforest. The GBR, originally known as one of the most special places in British Columbia and home to the illusive spirit bear, one of the major photographic goals of my trip, sadly has recently become a place which has received less positive media exposure as the object of desire of Alberta’s Enbridge company which is planning to end its Northern Gateway oil pipeline in Kitimat, just outside the Great Bear Rainforest. As if this was not bad news enough in itself, considering Enbridge’s record of leaky pipelines and a general tendency towards hubris in our species, Enbridge furthermore plans to send super tankers down the coast, a body of water which has a reputation of being exposed to really severe weather conditions and is difficult enough to maneuver even in favorable conditions. The idea behind all this is to open the Asian markets for Canada’s tar sands, which in themselves are another major environmental concern. Staying with the topic of having around 225 oil tankers a year cruise up and down a rough body of water along a pristine ecosystem, however, I do not believe that it takes a genius to figure out that this is calling for trouble (besides continuing the great Canadian tradition of trampling Native land claims under foot) – trouble that could easily reach the proportions of the Exxon Valdez catastrophe in the late 1980s when one of the ships runs on ground as it is bound to sooner or later. If you are as concerned about this as I am, Pacific Wild’s website might be a good place to start, but there are literally dozens of other groups opposing this madness, offering petitions to sign etc.
Now to my trip, though. It would be an understatement to say that the trip exceeded my expectations. Among the highlights were the chance to see and photograph spirit bears (initially a somewhat hyperreal experience considering how much I had read and image-searched earlier, but eventually a very special moment), see four humpbacks breaching almost in perfect synchronicity literally 30 or 40 meters from our boat, photographing coastal wolves (though from afar), seeing and photographing my first pine marten, and finally witnessing one of the most obscenely gorgeous photographic scenes I had ever seen: grizzlies in front of a rain forest scene with the early morning sun burning away the fog; a scene so perfect one could not have improved it with a brush and canvas – oh, and did I mention the two eagles sitting in the tree to the left?
Anyway, I will be silent so you can have a look at my images. There are more images from the trip on my website. 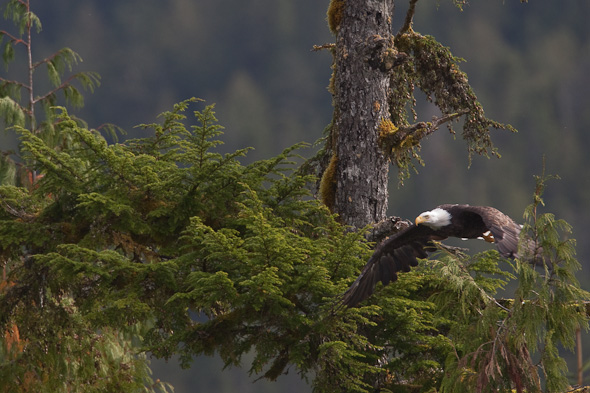 A bald eagle taking off. 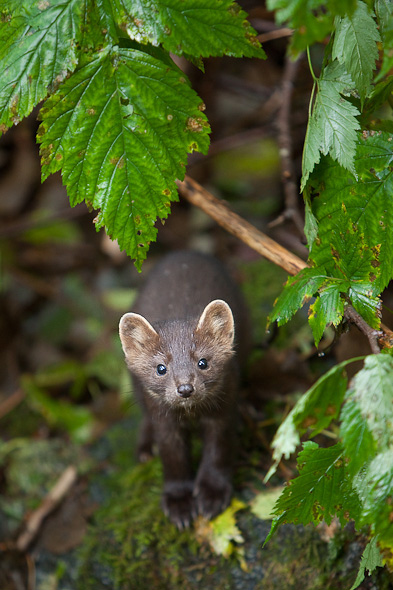 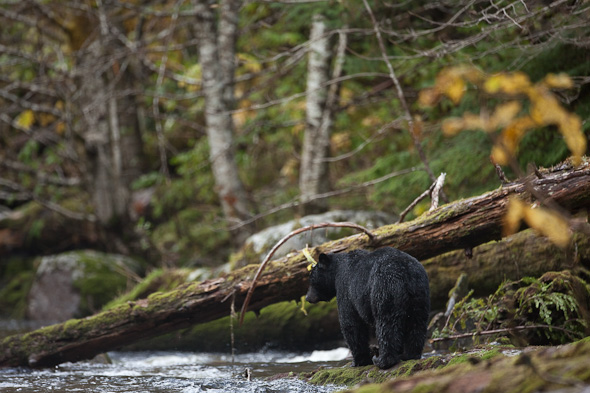 My first spirit bear. Spirit (or Kermode) bears are black bears who carry a recessive allele that gives some of them white fur. There are only a couple white hundred individuals, most of them around Princess Royal Island. 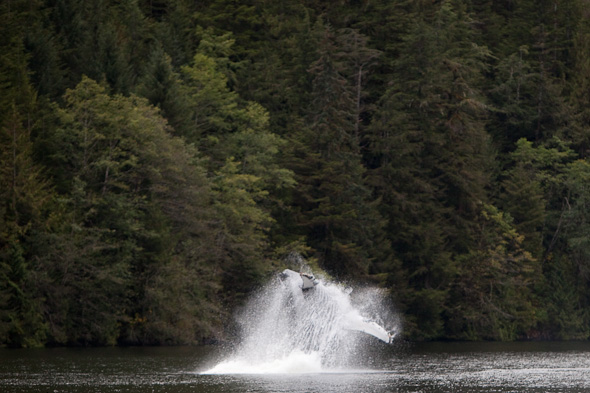 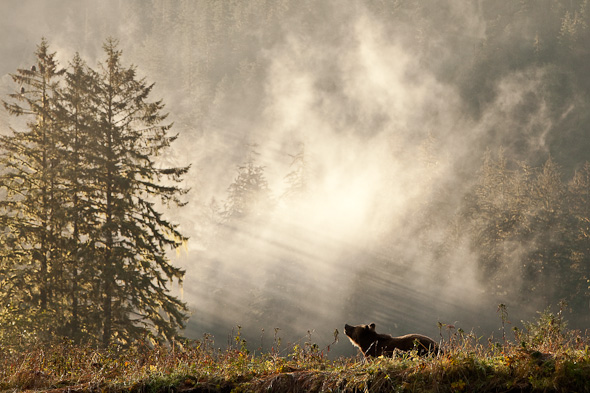 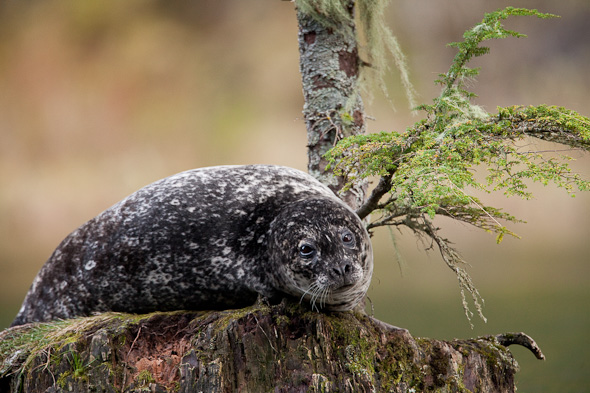 The first (and possibly last) arboreal seal I have ever seen. 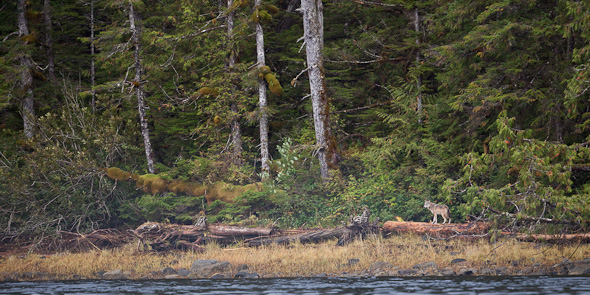 Coastal Wolf in Rescue Bay. These wolves fish for salmon along the creeks and are pretty damn elusive. This image was taken with my 500 mm lens, but nevertheless turned out to be more of an animal scape.