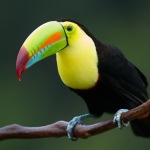 While I try to work on myself with all the birding oportunities around Vancouver, I usually am not much of a bird photographer. To get decent images of birds too often you have to sit in a stuffy blind for long stretches of time and attract the birds with food and a perch – overall not my ideal of nature photography, I’d rather document what I encounter than set things up. On top of that, the best locations will often be on land you have no right to set up a hide on. Lastly, and most importantly I simply do not feel the emotional connection I feel when photographing mammals who often know I am there, but chose to ignore me, or sometimes even landscapes in great light. To me many birds look pretty, but they just don’t do very interesting things most of the time. Maybe I am ignorant, but I will take a bear over a bird any day.
Don’t get me wrong, I like some birds. Owls for instance are really cool and I would go out of my way to photograph them, bald eagles certainly have their attraction, puffins and cranes are pretty cool, too, but ducks and small brown song birds – I don’t know… As I said, I try to work on myself, so maybe I will learn to appreciate even the small brown ones yet. Costa Rica, I am happy to report, sems a better place than most for the aspiring bird lover. It is one of those locations where even an ignoramus like myself cannot help but enjoy the diversity and color of the birds. On top of that many of them thankfully are not too tiny, but they are still damn hard to find in the jungle. In a few lodges they put out food so the lazy potographer has the luxury of having the birds come to him (or her) during breakfast rather than stalking through the rainforest with those little buggers flying off each time you are set up (another benefit of mammals – most simply can’t fly away).
Below are a few images of the various birds we saw and photographed so far. I hope you enjoy the images. As always feel free to comment and explain the wonders of birding to me, yell at me for my ignorance or write whatever else you wish to let me or the world know (ideally it would have some sort of relation to this post ;))!

Black-cheeked woodpecker getting set up to peck some wood 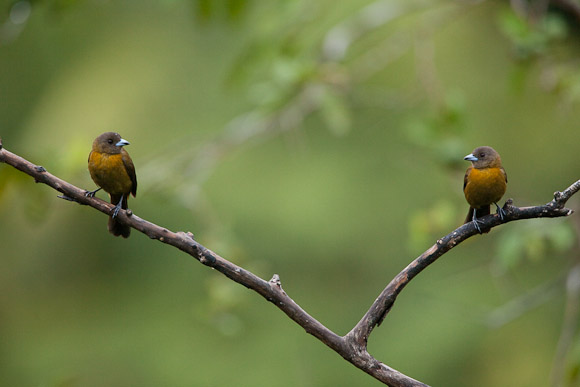 Bird in the rain (did I mention I should get a bird guide - it's those small brownish ones again, I told you) 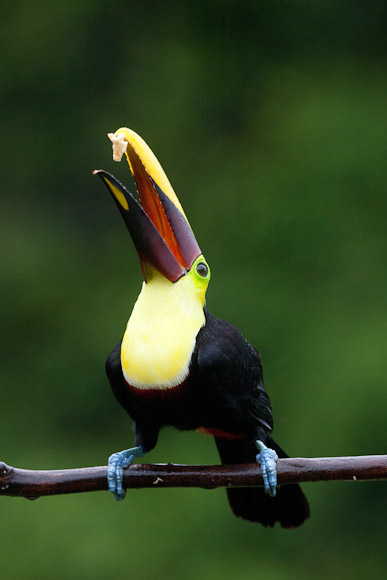 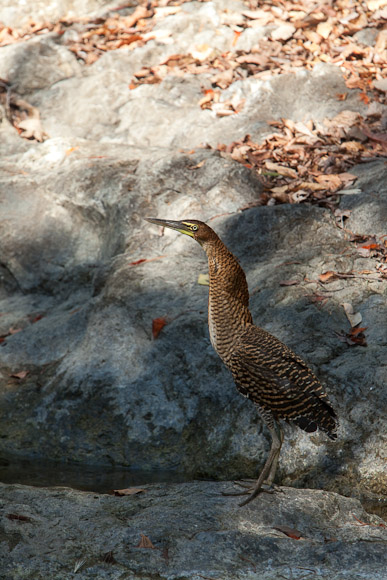 Turquoise-browed Motmot in the jungle

A lesson in ecology

One of the great things about photographing the natural world and spending as much time outdoors as it takes to get good photos is that you always see something new – and quite frequently something curious. Granted, you also sometimes see such things right in front of your door, but it helps to be looking.
At our current hotel we have this slightly demented (or overly intelligent?) bird that apparently tries to figure out either cars or windows. Today it was at it for at least fifteen minutes. It repeatedly flew back and forth between our car and the one adjacent to it, sat on the door and knocked against the window with its beak, apparently trying to see if it could get inside without hurting itself (it later tried the same with the windshield). It has been playing that game at least since the day before yesterday, when we first observed this strange behavior. I really wonder what that bird is up to. My feeling is that it is interest in driving lessons, but it is most likely underage.

Anyway, another more peculiar thing happened two days ago just outside the Monteverde cloud forest. We saw a Bushy-Tailed Olingo:

Olingo sitting in a tree (where it belongs)

Onlingos, I am told, are nocturnal animals. They are also carnivores (which I don’t doubt since they are pretty mean-looking critters) and they live in trees. The chances to see one, I assumed prior to our meeting, are pretty slim. Not so at a cafe called the Hummingbird Gallery, however. The cafe gains its name because they have a number of hummingbird feeders, which not surprisingly attract dozens hummingbirds. 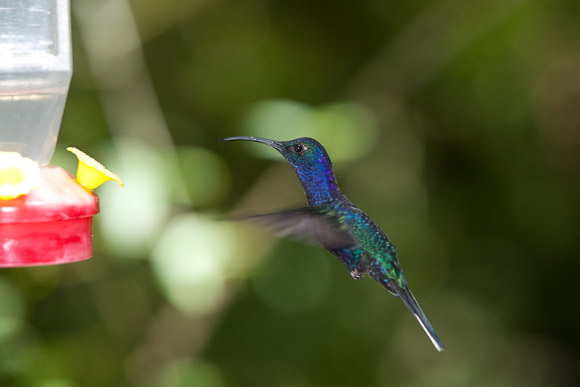 Much more surprising, they apparently also attract olingos or at least one olingo. That nifty little bastards has found a way to do a tighrope walk to reach the feeders which are suspended from wires hung between trees. The idea being this setup is quite obviously to keep other animal from reaching them. Well, not so when this particular olingo is present, as you can see: 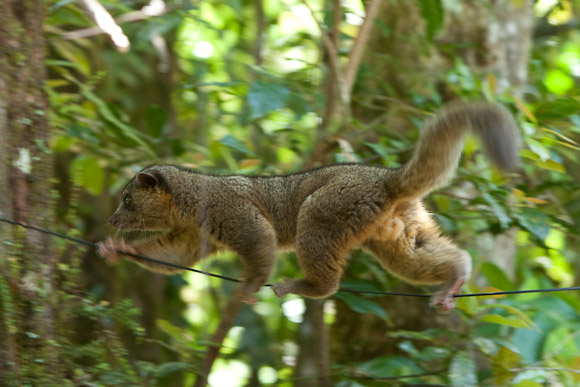 … and those guys are not easily discouraged either, some people tried to chase them off for quite a while to no avail. No wonder the poor hummingbirds can only sit and watch in disgruntlement:

The moral of the story, in case you are wondering, is the complexity of nature and animal behavior. It is astonishing how easily human action, in this case hanging up a hummingbird feeder, can bring forth unforseen consequences and impact the environment, turning in this case a nocturnal (probably naturally shy) animal into one walking around in the middle of the day between hordes of tourists. And a dignified carnivore into a sugar water-slurping junk food addict.

Off to Costa Rica

I had hoped to have time to do another blog post before this one, but, as they say, time flies and there were so many things to be taken care of that it’s already early February and we’re off to Costa Rica for three weeks. In fact we fly this Saturday in the a.m.. Since I have never been to Costa Rica or anywhere else in Middle America for that matter I am not only excited, but also rather short on images to use in this post. Also we changed our ISP so that we currently have no internet at home, which does not help either, – so please bear with me and excuse the language only form of this entry.

Anyway, we will be staying in places that have internet for the most part while in Costa Rica, so I plan to do one or two updates from there which will probably be rather heavy on images. For now stay tuned and wish me a good flight ;)!