I am not much of a believer in new years, new years resolutions, and the whole shebang. As I was photographing moose in Yellowstone’s Lamar Valley, I came across a moose wishing his buddy a happy new year, however, so I may be wrong. In any case I will leave the talking to the moose. 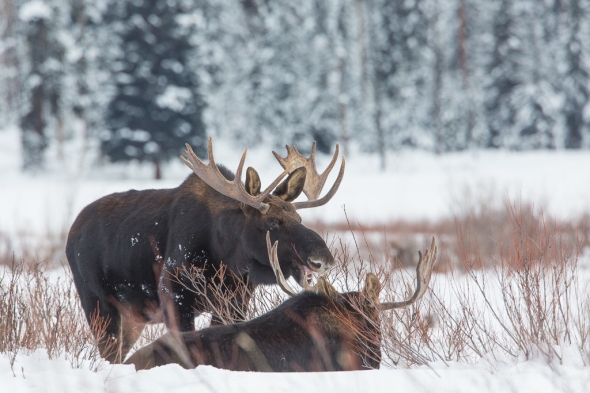 Do any of you have any new years mooseolutions?

Dear readers (wordpress tells me there were still some of you left in 2013),

first of all I wish you all an exciting, insightful, enjoyable 2014!
2013 has been a busy year, and photography, alas, was not my highest priority for most of the year. On top of my preoccupation with other things, I have had neither what could be called a functioning computer nor an internet connection at home. This has forced me to put off sorting, editing, and sharing my photos (I did still take a few … thousand … which I am eager to go through). As I write this entry, however, my new Acer V5 netbook sits before me on the table and is only waiting for an SSD drive to arrive at my house in the next few days so that I can finally get started installing an OS, Lightroom, Photoshop and all the good stuff to dig into all those photos from Alaska, Marocco, Mallorca, Romania, Ireland, Germany, California, still sitting unprocessed, and sometimes never seen even by me, on various harddrives.
Which brings me to point three of my post, the resolution. One of my new years resolutions is to be less negligent of my blog and my photos this year. There are literally thousands, probably tens of thousands of pictures waiting for me to go through and actually do something with: post them here, on my website (where, let me remind you, you can aquire large format, limited, numbered and signed prints at a more than reasonable price), as well as offer them to more magazines, stock agencies, and galleries.
So now it’s out; and, tellingly, I only have a photo on my stick to seal the deal that’s, uhm, pretty old … but at least it’s a moose cow looking optimistically into the new year. 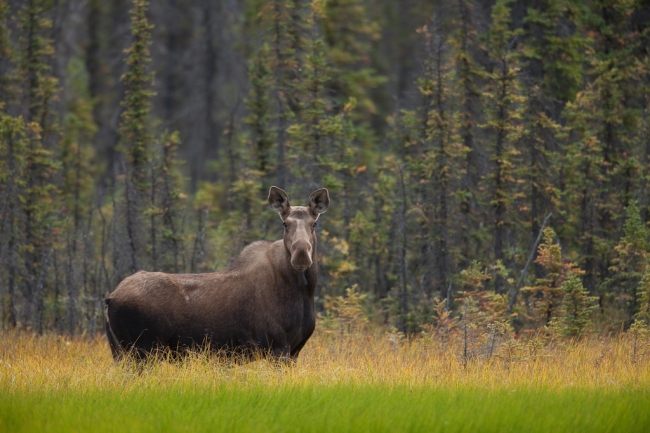