As mentioned in my last post I joined the lovely people of The Association for the Protection of Fur-Bearing Animals for their visit to Critter Care earlier this month. Critter Care is the only shelter in the Lower Mainland devoted exclusively to fur-bearing animals and so seems to be a natural partner for the Fur-Bearer Defenders. Luckily they wanted some decent images of the animals to promote their fund-raising for Critter Care so this is where I came in.
The shelter is, not surprisingly, a shelter. While they keep their cages as close to a natural environment as possible their room and resources are very limited and they have a lot of animals to take care of. While all the animals are well-loved and -cared for, the logistics make it very hard to take ‘wild’ looking images of the animals. It might be possible if I were to spend long stretches of time with the animals and make them comfortable with my presence, as I tend to when photographing in the wild. But this of course runs contrary to the idea behind the shelter. They want to rear animals that can be released into the wild and will not end up in people’s backyards after a week, because they are too comfortable around humans which is the reason they try minimize contact with different humans. There was nothing to do but to compromise my photography in the interest of the animals (which I was happy to do of course, wildlife photography should be about the animals, not the photographer’s ego). To make matters even more challenging, however, a lot of the animals were so small they were not yet released to their outside cages but fed inside the main office. As a result I decided to focus on images of human-animal interaction, since I felt that these would be the best images I could get in the limited time I had.
Whatever the photographic possibilities and challenges, however, seeing baby animals is good for the heart; it is nowhere as good as seeing a wild animal (I am still a wildlife photographer with all my heart – more on that in the next post), but, hey, a baby otter peed on my sweater and I pride myself that there are not many people who have had that experience – not even among wildlife photographers.
Below is a slideshow of some of the better images from Critter Care. A few might end up in the Fur-Bearer Defenders’ next newsletter if they like them (I am meeting executive director Lesley Fox later today), so keep your eyes open if you are a member, if not become one NOW :). Quite obviously all photos are of ‘captive’ animals.

Kessi and I went to a meeting of The Association for the Protection of Fur-Bearing Animals last Saturday and were impressed enough with their work and professionalism to join the Association on the spot, and to sign up to volunteer at one of their info tables, at the EPIC tomorrow, in fact.

Furthermore folks at the Association are in desperate need of a wildlife photographer (well, I might be exaggerating a bit), and seem really interested in using some of my images (which I will be donating) for their newsletters, campaigns to ban trapping for fur, the trapping of so called “nuisance animals” like beavers and coyotes and so on. I might also get a chance to sell some prints at their info tables, in which case I would of course donate some of the profits.

What is even more exciting, is that it looks as if I will be joining the Fur-Bearer Defender staff on their visit to a shelter for orphaned and hurt North American animals in early June, Critter Care in Langley. The shelter is not usually open to the public and this sounds like a great chance to get images of some rare and / or small animals I might not easily get to photograph in an ethical setup, i.e. not a zoo or one of those despicable game farms that some so called wildlife photographers chose to support.

I hope I will manage to take some good photos, from what I have seen of Critter Care so far the shelters were not exactly set up with photography in mind. I will keep you posted once I get results.

So as not to upload another post without images here are a few images of fur-bearing animals and some background on how they are affected by trapping and hunting, the list is of course much longer and I won’t even go into the issue of fur farms, not today anyhow: 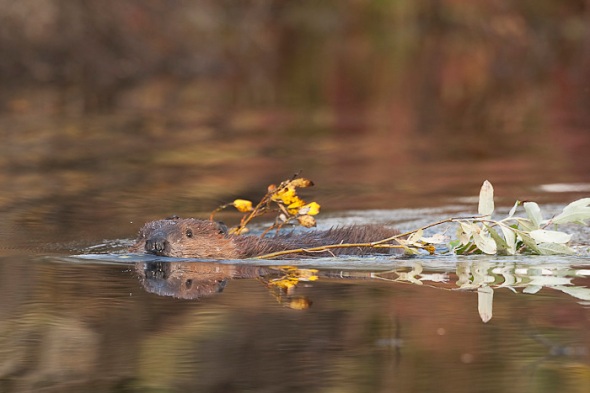 Communities like to trap and kill beavers as they see them as “nuisance animals,” at least when the little guys have the temerity of establishing their home base next to people’s houses. While it is true that beavers occasionally cause flooding, they are extremely predictable in their habits and there are a number of cheap, non-lethal alternatives such as pond levelers and Beaver Deceivers (I just love the name) to ensure that people and beavers can happily coexist.
Furthermore scientists are beginning to understand that beavers have a positive impact on the environment, e.g. by re-naturalizing rivers and thus providing salmon habitat. 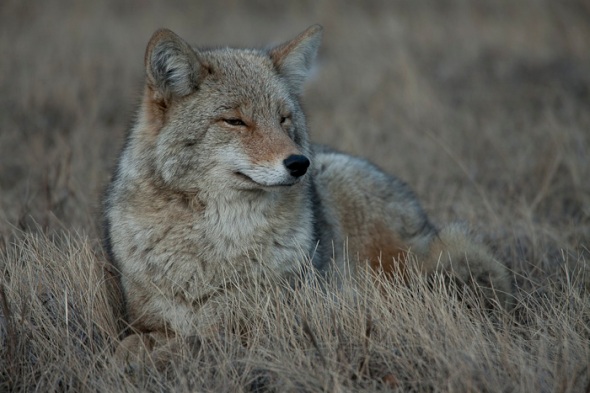 Don’t ask me why but coyotes, too, have a really bad rep throughout North America. Maybe it has to do with the fact that most people can’t tell coyotes and wolves apart, and that wolves have been leading actors in way too many scary stories. Considering the love most folks have for dogs their neglect or hate for wolves and coyotes strikes me as extremely irrational, especially when one sees how closely wolves, coyotes and dogs are related.
Anyway, communities and other undereducated members of the public like to trap, shoot, maim and kill coyotes for various reasons. On top of that the RCMP has apparently recently added coyote fur trim to some of their winter jackets in addition to the muskrat fur they use for their caps. Great job, Constable Fraser and company! 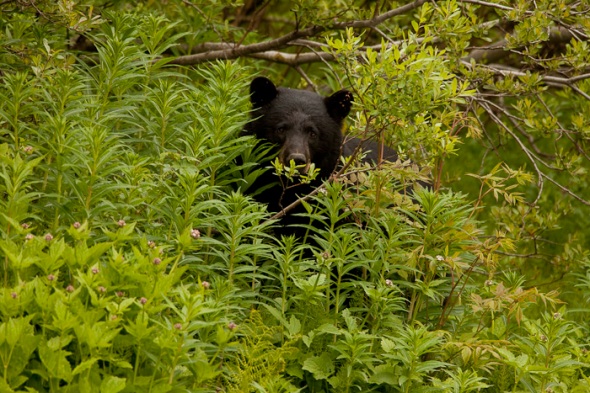 Remember those silly black hats the guards outside Buckingham Palace wear? Unbelievably they are still made out of Canadian black bear fur, one bear per hat. Talk about unnecessary cruelty …
Having spent quite a bit of time with these magnificent animals in the wild this is one point that particularly riles me. It is just as bad as those pathetic cowardly $#%& who want to reaffirm their manhood by shooting defenseless bears (did someone say Sarah Palin) – which of course is also still legal in BC…